Recently my friend Bill Weber, an aerobatic pilot and flight instructor, took me up for some spin training in my Cessna 172. I will post a more detailed post at some point on spins, but in the meantime, the video below of my lesson will give you at an indication of how dramatic spins can be, with large losses in altitude even with prompt recovery control inputs. In the video, Bill first demonstrates a spin to the left and then to the right. My job as the student was to talk him through the maneuver. On the first attempt, I was too flustered to get my words out. At one point you may hear me utter “Wow!” Bill was kind enough to recover the aircraft anyway. Thank you, Bill. For the last two spins, I was at the controls.

The thing that is hard to discern in the video is the relatively high g-loads in the pull up. Spins are only approved in a Cessna 172N when the weight is low enough — and the center of gravity far enough forward — to allow the aircraft to be operated in the utility category, in which case the aircraft can safely sustain a limit load of up to 4.4g. Below a critical airspeed, called the maneuvering speed and denoted by

, the aircraft wings will stall before the limit load is reached, protecting the aircraft from catastrophic failure. For the weight we were operating at (2000 lb), the maneuvering speed would be

Above maneuvering speed, however, one can exceed the limit load and potentially destroy the aircraft. (There is, in principle, an additional factor of safety of 50% before the so-called ultimate load is reached.) Because the latter part of the recovery puts the aircraft in a near vertical position, and because the aircraft is aerodynamically clean, speed can build rapidly past maneuvering speed, and one must exercise extreme caution not to exceed the limit load in the pull up.

You will note that in the four spins in the video — watch the altimeter — we lost between 500 to 1000 feet of altitude. This is one reason inadvertent spins are so dangerous; inadvertent spins usually happen at low altitudes while landing or taking off, with too little altitude available for a safe recovery.

Look for a more complete blog on spins in the near future. In the meantime, see this interesting guest blog post by Bill Weber on his experience with an inadvertent spin in a Cessna 188 AGwagon.

[Editor’s note: This is a special guest column by Bill Weber, an aerobatic pilot and flight instructor, on the perils of inadvertent spins and the lessons we can all learn from his experience.] 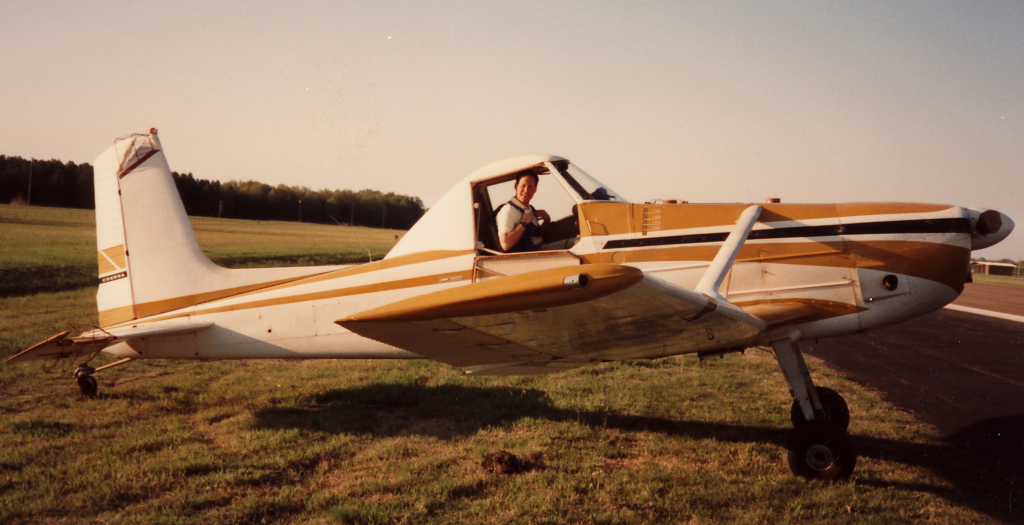 The logbook entry gives no indication that this flight was a pivotal moment in my flight training. I had 424 hours in powered aircraft and some glider time as well. However, most of those hours were quality hours. I had my commercial single, multiengine, and glider ratings. My weekends were spent flying, and my vacations were centered around aerobatic training at various schools around the country. END_OF_DOCUMENT_TOKEN_TO_BE_REPLACED

Landing Dreamlifter at Jabara is Nightmare for Pilots

By now, just about every pilot has heard about the ill-fated Atlas Air Flight 4241, in which the Boeing Dreamlifter (a modified 747 cargo aircraft), landed at the wrong airport while attempting to land at McConnell Air Force Base (KIAB) in Witchita, KS. The aircraft landed inadvertently at the Colonel James Jabara airport (KAAO) 7 miles to the north of McConnell AFB. To make matters worse, Jabara’s longest runway is only 6101 feet long, not normally long enough for the Dreamlifter, and the aircraft couldn’t maneuver on the narrow runway without help, so Boeing had to send a tug to move the aircraft.
The Dreamlifter was able to depart uneventfully the next day: END_OF_DOCUMENT_TOKEN_TO_BE_REPLACED

Tips for Recording with GoPro Hero 3

Like a lot of other pilots, I’ve acquired a GoPro Hero3 for recording videos of my flights. The main problems most folks have is unpleasant strobing effects, which on rolling shutter cameras like the GoPro produce distortions of the prop; and the “jello” effect, which makes the image appear to deform like a shaking bowl of jello. I’ve been experimenting to get the best results, and I thought I’d share some of my findings. END_OF_DOCUMENT_TOKEN_TO_BE_REPLACED

The NTSB today issued a press release yesterday (July 25) regarding the Southwest Flight 345 accident at LaGuardia Airport on July 22. It’s beginning to look like a cause of the accident could be (you guessed it) an unstabilized approach. Here’s the verbatim bullet points from the briefing: END_OF_DOCUMENT_TOKEN_TO_BE_REPLACED

Mike Busch talks about the basics of engine leaning.

It turns out almost everything we learned about leaning engines when we learned to fly was wrong.  Mike Busch (The Savvy Aviator) gives a nice webinar on the basics of proper engine leaning, and a bit more advanced advice here.

Stabilized and Unstabilized Approaches at KSFO

As the investigation of the crash of Asiana Flight 214 proceeds, it’s becoming clear that the aircraft flew an unstabilized final approach into San Francisco International Airport (KSFO). That unstabilized approach by itself did not cause the accident. However, it may have been a contributing factor, as the need to reduce power significantly due to excessive airspeed and altitude on short final masked the fact that the autothrottles had been inadvertently disengaged. By the time the crew realized that the autothrottles were disengaged and airspeed was dropping, it was too late to execute a timely go-around.

So any investigation into the accident is likely to look at airlines policies, as well as de facto practices, regarding unstabilized approaches. In this post, I compare the approaches into KSFO of two airlines (Asiana and United), and show that there are some striking differences in the way that approaches are flown by the two airlines, at least over the time span I looked at. END_OF_DOCUMENT_TOKEN_TO_BE_REPLACED

The chain of events stretches back from the accident itself, with one contributing cause layered on top of another. Accidents can be prevented by breaking the chain anywhere along the causal sequence. Asiana Flight 214 crashed because it approached Runway 28L too low. It was too low because earlier the airplane had slowed well below its target approach speed, and the pilots therefore could not maintain altitude. At least part of the reason it slowed below its approach speed was because the autopilot had been disengaged, and the pilots believed that the autothrottle was still engaged when it wasn’t. But why had the pilots switched off the autopilot? Perhaps in part because the approach was unstabilized, too high and too fast, and the pilots could not acquire the glide slope without hand flying the aircraft. It will be a long time before we know the full story, but one question that will have to be addressed is whether the decision not to go around was a major link in the accident chain. END_OF_DOCUMENT_TOKEN_TO_BE_REPLACED

At about 11:28 a.m. PDT on July 6, Asiana Airlines flight 214 crashed at the approach end of runway 28L at San Francisco International Airport (KSFO). The next day, the New York Times reported that the aircraft sank 600 feet in nine seconds (a rate of 4000 feet per minute) less that a minute and a half from impact. That’s an extraordinary sink rate, equivalent to a vertical velocity of 45.4 miles per hour. If true, that would be newsworthy. Indeed, I argued in my previous post that there was a very rapid descent at about that time, necessitated by a too fast, too high, unstabilized approach. But nothing in the data I saw suggests a 4000 fpm descent. Indeed, NTSB chairman Deborah Hersman felt compelled to deny at her July 8 briefing that AAR 214 descended at 4000 fpm. How did the New York Times reach that conclusion, and was it a plausible conclusion from the data?  END_OF_DOCUMENT_TOKEN_TO_BE_REPLACED

What Happened to Asiana Airlines Flight 214?

At about 11:28 a.m. PDT on July 6, Asiana Airlines flight 214 crashed at the approach end of runway 28L at San Francisco International Airport (KSFO). Less than 24 hours after the accident, it’s way too early to know what happened, but there are some signs that the aircraft was not flying a stabilized approach at any part of the approach to land, and ended up low and slow just before impact.   Below, I outline the data that’s available at this time, and why I think that’s a possibility. But first, a disclaimer: There’s not nearly enough data to determine the cause of the accident. The below is speculation, based on the data available to me, which is not even a few percent of the data that will be available to the NTSB. Most speculation this early in the process is wrong, precisely because so little data is available. So anything below that may appear to be stated as a fact is really a conjecture. END_OF_DOCUMENT_TOKEN_TO_BE_REPLACED